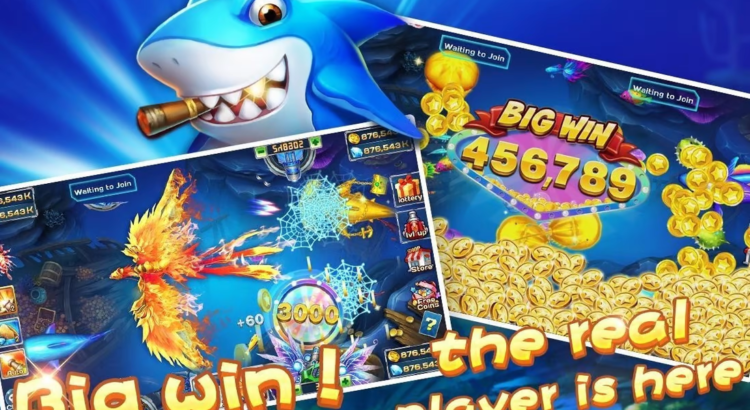 Fish shooting games had a steady growth in the past few years as a fast growing gambling game. No wonder that this game is also prevalent in mobile phone betting. However, Chinese video game company Tencent pulled all of their fishing games from the app stores as a part of a risk inspection drive.

The recall of fish shooting games from the application markets is a response of the company from the ongoing campaign of the People’s Republic of China to strengthen the regulations regarding the gambling activities in the country.

Fish shooting games are very popular nowadays, in which players can use cannons to shoot fish to earn points, afterwards, these points can be exchanged for real money.

The games became the fastest growing mobile phone gaming category in China, the largest market in the world when it comes to video games. However, the regulators are not happy about it as they didn’t approve of the gambling element of the game.

As a result, gaming titan Tencent removed all of their fish shooting games from all of the app stores last week, which also includes the WeChat Game Center and the MyApp. The company which has headquarters in Shenzhen also presides over the multi-functional application, WeChat.

“Recently, MyApp ran a risk inspection on the platform for all of the fish shooting games on the site,” according to a representative of Tencent on Tuesday. She also declared that all of the search activity and promotions related to fish shooting games are temporarily put on hold until further notice as a response to the drive.

“The players who have already installed the games on their smartphones will not be affected by this change. They can still play on the app and regularly update it as long as they please,” according to the representative.

So far, Tencent was the only Chinese app market that has been responding to the initiative. Meanwhile, app stores operated by Vivo, Huawei Technologies, Xiaomi, and Oppo are still accommodating these kinds of games.

According to Chinese media, the drive of the government to curb online gambling games in the country is a part of the measures to fight gambling addiction among teenagers.

The fish shooting games urge the players to upgrade their cannon to a much better equipment to shoot larger fishes to play fishing to exchange rewards. According to the reports, this is a way to entice the players to spend more and become too involved in these games which could lead to gambling addiction.

According to the study conducted by the experts, there are 805 ban ca h5 that are licensed in China as of writing. The regulators have stopped providing licenses to incoming fish shooting games in 2019. This is also a part of cracking down other casino games such as poker and mahjong.

Fish shooting games are often associated with land-based casinos because they are commonly found on these establishments where they are offering cash rewards directly. From 2014, there is a huge increase in the popularity of fish shooting games in Asian communities in Hawaii and California.

Meanwhile, developers of online fish shooting games seek more potential of growth in international markets. In fact, the game Ocean Fortune was made by the company and was released recently was the most profitable fish shooting game so far, having earned $846,000 ever since it was launched 30 days ago.

Despite the heavy regulations imposed by the Chinese government on the gambling industry, it was projected that video gaming revenue is projected to increase 290 billion yuan in 2024. Along with an enormous sales in the non-gambling online games, it is an indicator that China is the highest consumer of online gaming products in the world.